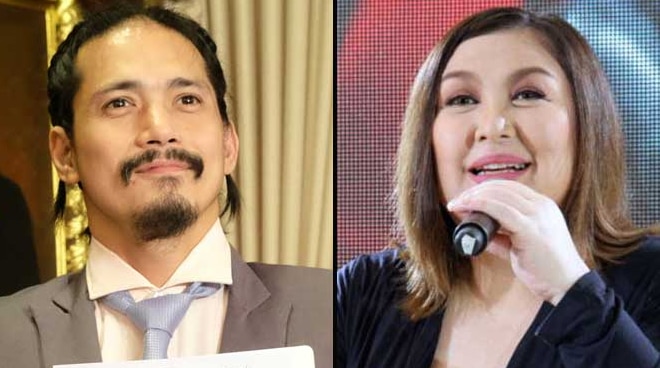 One of the hottest love teams in showbiz back then, they also fell in love and became a real-life couple.

In a lengthy post, she first addressed the netizens who were irked by her previous postings about her and the action star.

She also expressed how happy she is for Robin and his wife Mariel Rodriguez.

“I know how much Robin loves her and he knows how precious my family is to me, too. Please, ang tanda na namin! Hahaha! I have been and will continue to post photos and maybe more kuwentos about us so that this new generation will know that during our time, para siguro kaming sina Kathniel o Lizquen o Jadine ngayon. And also more importantly, for our fans who grew up with us and fell in love with our movies and team-up. I love him and he loves me, pero wala na po kaming "M" (malisya! Hahaha!) sa isa't-isa. We just want to make you happy and enjoy working together again. So relax lang po!” she added.

Sharon said that surprisingly, Robin is her only ex-boyfriend who comforted her, visited her late mother’s wake twice and even attended the mass after.

The Megastar also said that she values her friendship with him so people should not put malice whenever she tells stories including him.

“He happens to be the closest to me among my exes, and truth be told, it took a long time - many years - for us to reach this stage dahil sa hindi masasayang parte ng history namin, kaya mahalaga sa akin ang maalagaan ang friendship namin na ito,” she wrote.

Sharon and Robin are gearing up for their comeback movie. The last time they worked together in a film was in the 2001 movie Pagdating ng Panahon.