EXCLUSIVE: Tony Labrusca reveals what he thinks is biggest break in showbiz

Tony Labrusca also talks about the difference of living in Canada and the Philippines. 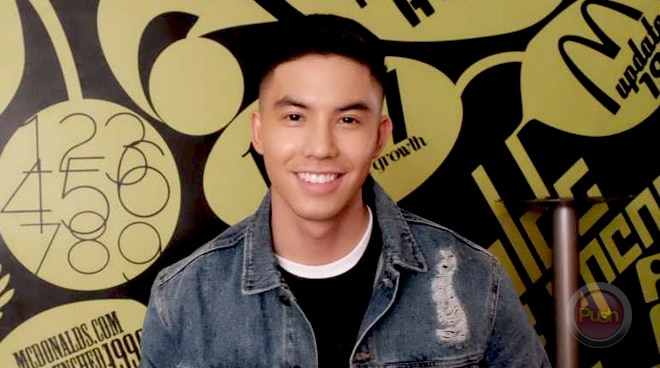 With the airing of his newest commercial this week, Tony Labrusca said he feels blessed to be part of another television campaign after playing Elisse Joson’s ex-boyfriend in last year’s viral ad. “I think just being part of that commercial and the concept that’s what started my career. So I’m super grateful to McDonald’s because that’s where it all started. And after that everything just fell into place. I always say that God has a plan and nobody can ever take away what’s meant to be yours. I think it was awesome na people talagang sinakyan nila yung idea and yung concept nung commercial at maraming naka-relate dun. That commercial really started my career and that just changed my life,” he shared during the shoot for his latest McDonald’s TVC in Tondo, Manila.

Unlike his onscreen persona in the commercials, Tony admitted he has yet to find out what kind of ex-boyfriend he will be. “I’ve actually never been in any serious relationship that really required a breakup, you know slamming doors and fighting. Nothing like that. But I’m very open about my parent’s divorce, my mom and my stepfather. Seeing how they broke up, I can learn from that. And one day when I do have to go through a breakup I feel like I can also go back to McDonald’s because that’s always going to be part of me. So one day when I do breakup, it will still stay with me. I can never foretell the future but I’m pretty sure one day if I go about breaking up with someone or I’m going through a breakup, that’s how I would process it. And at the same time I have my parents there,” he explained.

After joining showbiz last year, the 22-year-old actor said he has learned a lot in just a few months in the industry. “I feel like we’re always changing. Because the game is always changing and for you to survive you just have to be able to adapt and what’s cool is that my character in the TV series he’s very different from how he was in the first commercial and we see how he’s kind of evolved in the second commercial. Because you see how he does have a soft side to him. And now for me being in this industry I had to change. I had to learn how to survive in this industry but at the same time keep just being me. Keeping my core values and never forgetting what is Tony made of, what’s he all about and what does he believe in and to always remember that and to prioritize that,” he shared.

Part of his most memorable moments so far was his first appearance at the Star Magic Ball. “Some of my expectations that were met that it was really star-studded. Like every star was there and they all looked so beautiful and regal. Seriously it was really grand. Walking the red carpet was interesting. It was a little awkward because I’m really not into the whole celebrity lifestyle type of things. I’m really new to Star Magic. They always say that it’s a little awkward when it’s your first Star Magic Ball so I was expecting that but I just tried to enjoy it. It was fun because I was sitting in the same table as Maymay Entrata, Edward Barber, Marco Gallo, and Kisses Delavin. So it was nice being around a group of artists that were all new. It was fun. I appreciated it and if I’m Star Magic next year I think it will be more fun because I’ll know more people,” he told PUSH.

For the ball next year, Tony said he is not in any hurry to bring a date. “I actually really liked going alone this year because it was kind of like my debut to Star Magic. I feel like if I went with somebody this year, I feel like that experience would’ve been taken away. I feel that it was appropriate for me this year to go by myself to show people that I’m a new Star Magic artist. This is me. But for next year we’ll see. Who knows,” he added.

Even though he grew up in Canada, Tony shared that he loves being in the Philippines. “I guess what I miss most is a sense of being a nobody. Sometimes I just picture myself walking around downtown and I know that I don’t matter as much now. And I guess that’s something I miss. But I wouldn’t say that’s what I miss about Canada because I can do that anywhere in the world. If I feel that way I can go to China or Switzerland or Iceland, you know what I mean? Canada is never really a place that I’ve missed because every time I leave the Philippines I really feel like I left my heart and soul here. So I feel like all the destinations that I’ve stopped at other than the Philippines were just places to lead me back here. To simplify I’m just much happier here. I love the Philippines so much. It’s more fun in the Philippines (laughs),” he said.