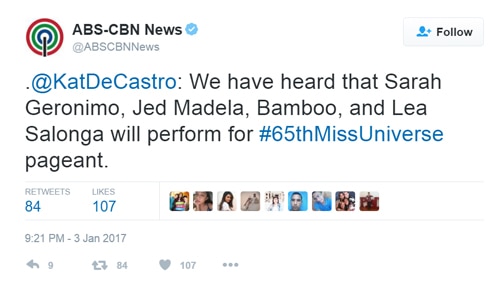 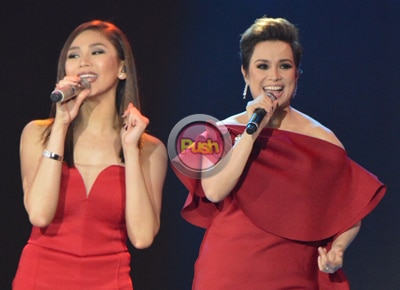 Less than four weeks before the prestigious 65th Miss Universe pageant and the Department of Tourism (DOT) finally teased a few potential names of who the pageant goers can expect to perform on the show.

In the recently-concluded DOT-initiated press briefing, Undersecretary Kat de Castro revealed that it is possible for Kapamilya stars Sarah Geronimo, Bamboo, Lea Salonga and Jed Madela to perform on the tilt.

It may be recalled that DOT Secretary Wanda Teo previously refused to comment on rumors that Fil-American star Bruno Mars will be performing on the show. Aside from having Filipino performers, the pageant, which will be hosted by the previously controversial Steve Harvey, is set to be co-hosted by a Filipina. Although no final announcements have been made about that detail, rumors had it that seasoned host Joey Mead King will share the hosting duties with Steve. Joey, however, was quick to clarify that she did not get any invitation for the job.