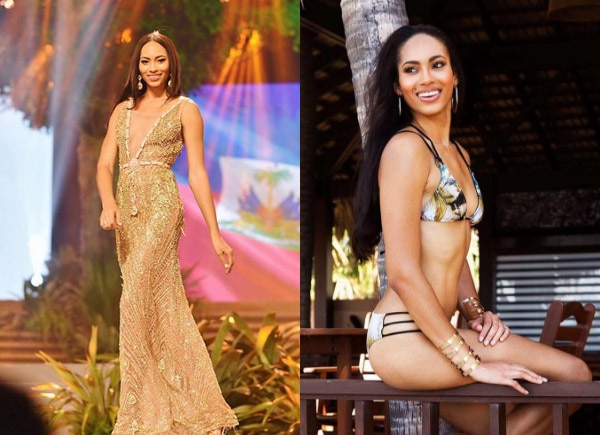 Miss Haiti Raquel Pélissier became the first runner-up for Miss Universe 2016 that was held at the Mall of Asia Arena in Pasay City yesterday, Janauary 30. Although she did not win the crown, she was a crowd favorite because of her heartfelt answer during the Q&A.

In her previous interviews, she revealed that she’s “part Filipino” on her mother’s side. She also liked to learn the culture of the Philippines. Aside from this, there’s a lot more to learn about her.

Raquel moved to Madrid where she attended Complutense University in 2011. She is hoping to find a cure for blindness.

She does crossfit and Muay Thai and loves aerial dancing

She’s a hands-on aunt to her nephew Tony

In the last Question and Answer portion, Raquel shared how she survived the earthquake that hit Haiti seven years ago when she fell into a coma.

She joined another pageant before joining Miss Universe 2016

Raquel is the 3rd runner-up in the Reina Hispanoamericana 2016 in Bolivia. She also won the title of Miss Sports Patra

Her favorite place in the Philippines is Baguio

She shared during her previous interview that she liked Baguio because it’s in the mountains and has a beautiful landscape.


She trained in Colombia for the pageant

She loves her country so much

The reason why she joined pageants is to give back to her home country Haiti.


She is a runway model


She loves Pia Wurtzbach too

Right after Pia Wurtzbach crowned Miss France Iris Mittenaere as the new Miss Universe, she posted their photo on Instagram and gave her a heartfelt message.