Coleen Garcia recalls not having any inkling that Billy Crawford was going to propose to her. 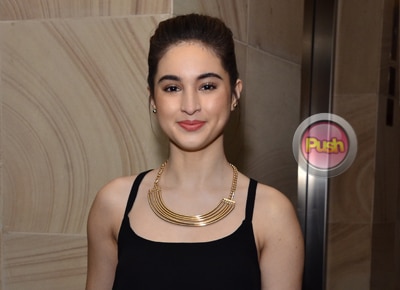 Fresh from Spain after having a holiday break with her family and fiancé Billy Crawford, Coleen Garcia excitedly talked about the preliminary details of their upcoming wedding.

Billy proposed to Coleen last December, before they flew out for their trip.

During the recent blogger’s conference her film Extra Service together with Jessy Mendiola and Arci Muñoz, Coleen shared that they are targeting to walk down the aisle by “first quarter of 2018.”

Coleen explained that she and Billy both agree that they want to be exhausted by the wedding planning.

She also reiterated that they also have prior commitments to attend to first before fixing their wedding.

“Gaya nitong soap [Ikaw Lang Ang Iibigin], tapos may naka-lineup din na movies [for me]. And for him, he has shows as well,” she shared.

Meanwhile, Coleen recalled that she had no inkling that Billy was going to propose even though they have been talking about it.

Billy had the ring with him for 19 months before he popped the question to Coleen.

“So, for more than a year, nasa kanya na yung singsing. Siguro siya, ang tagal na niyang plinano. Pero I had no idea na may plano siyang ganun,” she said.

For what it’s worth, Coleen shared that her family is very happy that Billy proposed to her because they were actually hoping for her to end up with him.

Catch Coleen, along with Jessy and Arci, in the sexy-action flick Extra Service in cinemas nationwide.