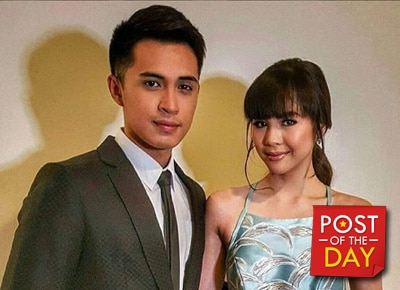 Janella Salvador is reunited with Marlo Mortel as shooting for the movie Mano Po 7 begins.

Aside from the two, Kean Cipriano was also part of the filming inside the University of the Philippines Diliman campus.

Other stars Jean Garcia and Jake Cuenca also started to film their scenes in another location.

This will be Marlo and Janella’s second film together after the Haunted Mansion in 2015.