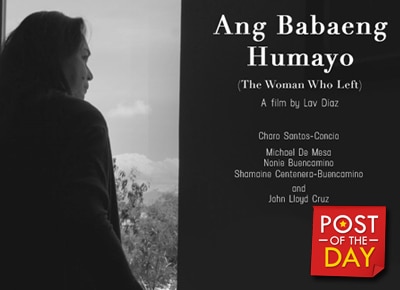 ABS-CBN chief content officer Charo Santos-Concio, who is also the lead star in Lav Diaz’s film Ang Babaeng Humayo flew to Venice, Italy for the premiere of their film at the prestigious Venice Film Festival.

John Lloyd Cruz, who is a part of the film’s cast, was also present.

Ang Babaeng Humayo is about Horacia Somorostro, a former elementary school teacher who spent 30 years in a women’s correctional facility after being accused wrongly by an ex-lover.