Dimples Romana hopes their soap will leave a great impact on the audience. 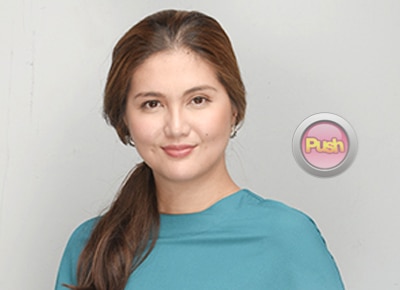 Dimples Romana hopes that their upcoming soap The Greatest Love would have the same moving impact on their viewers like it did on her.

Dimples plays the role of Amanda, the foul-mouthed daughter of Gloria played by Sylvia Sanchez, who wished her dead during one of their show’s teasers.

According to Dimples in an interview during a recent blogger’s conference, her character’s angst stems from her feelings of disappointment and betrayal.

In real life though, Dimples said she has not experienced being left out of a family secret. But that doesn’t mean that she hasn’t been affected by the entire concept of their soap.

If anything, Dimples shared that she was greatly swayed when she watched their show’s compelling teaser.

Dimples recalled getting really shocked by the way her mother reacted to her text.

“Sabi niya ‘Anak na-wrong send ka.’ So parang feeling ko ‘How can my Mama think that I would not say I love you?’ So may mali ako do’n. Mali ko ‘yun bilang anak. Gusto ko ‘yung baguhin,” she shared.

The seasoned actress is convinced that their soap, which airs on Monday, September 5 after Doble Kara, is “very timely.”

“Kasi ngayon we’re all to busy and we tend to forget our family and they are just waiting and waiting for us and wala tayong ginagawa para maiba ang sistema na ‘yun,” she said.