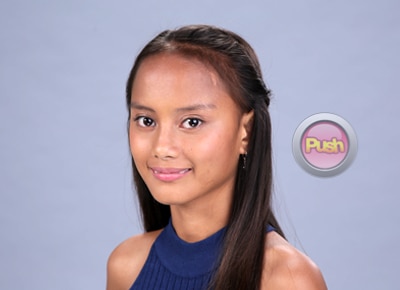 Dubbed as “Badjao Girl,” Rita Gaviola was evicted from Pinoy Big Brother Lucky Season 7 after losing in the LigTask challenge. She was nominated for eviction, along with Heaven Peralejo, Kristine Hammond, and Christian Morones, by the housemates last week.

Tasked to build towers using Rubik’s cubes, Rita got only got 13 cubes stacked together which made her the least successful challenger although she received 128,248 PadaLuck mentions on Twitter.

Meanwhile, fellow eviction nominee Heaven, who was able to stack the second lowest number of 14 Rubik’s cubes, got the highest number of PadaLuck mentions with 154,364 mentions.

Both Kristine and Christian dominated the LigTask challenge with 18 Rubik’s cubes stacked each.

Kristine got 33,572 PadaLuck mentions on Twitter while second-time eviction nominee Christian only received 5,875.

Another batch of teens will be nominated for eviction on Sunday, September 4.