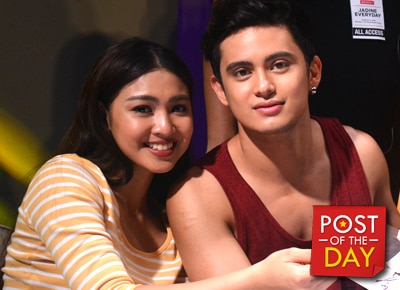 Till I Met You stars James Reid and Nadine Lustre are Metro Magazine’s cover stars for their October issue.

Although the couple have graced several covers of late, their Metro cover is the first time that they had a chance to act as guest editors. The couple's involvement on their shoot, according to Metro, went as far as conceptualizing and styling their look and directing their shoot.