Elisse Joson says she constantly reminds McCoy de Leon that having bashers in showbiz is a natural thing. 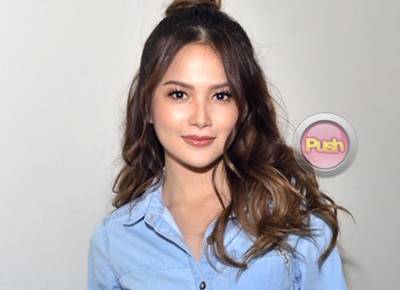 Elisse Joson remained overwhelmed by the immense support that her love team with Hashtags member McCoy de Leon has been receiving.

After being paired on Pinoy Big Brother Lucky 7: Celebrity Edition, their tandem known as McLisse was immediately booked for appearances. They were tapped to become part of the music video of the Rocksteddy song “Kung Magiging Tayo.” They also recently appeared on Magandang Buhay and are currently part of the primetime show FPJ’s Ang Probinsyano.

Elisse also became part of the recently-concluded Hashtags: The Road Trip Concert at the KIA Theater as McCoy’s special guest.

In an exclusive interview with Elisse, she admitted that she’s still wrapping her head around everything that’s going on.

She says they make it a point to help each other on the set of the show.

Elisse is well aware that there are a good number of people who are rooting for McLisse.

The touted “Hugot Girl” however shared that along with their supporters come the bashers to whom McCoy is still adjusting.

One of the foremost “criticisms” about the two is the fact that they are supposedly “too showy” on social media.

She pointed out that they never really plan anything when it comes to their social media posts.