Jaya appears on ASAP for the first time 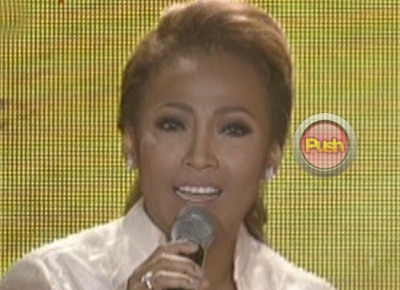 Jaya appears on the “ASAP” stage for the first time since her network transfer to ABS-CBN last July.

READ: Did Jaya burn bridges with her transfer to ABS-CBN?

In a tribute to hit maker Vehnee Saturno, Jaya sang her hit single “Dahil Tanging Ikaw” which was written by the composer 20 years ago.

During her jump to ABS-CBN, Jaya was often asked when she will be appearing on the Sunday noontime show. Jaya used to be a mainstay on ASAP’s rival show SOP.

The singer stressed during her presscon that she is in no rush to appear on the Sunday show since “We’re going to have many, many days with ABS.”