EXCLUSIVE: Jericho Rosales reveals how Kim Jones supported him in his latest endeavor 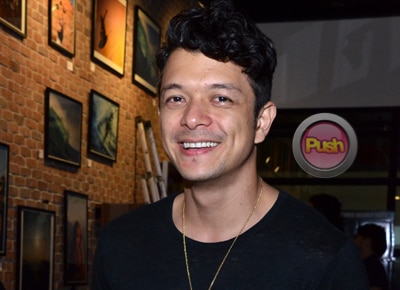 On top of being a highly acclaimed actor and a dashing husband, Jericho Rosales is now an editor-at-large of his own men’s lifestyle website called Mr. Manileño.

In an exclusive interview with Jericho, he shared that Mr. Manileño actually started as a hashtag, which he used to pertain to posts that might interest men.

After a year of finding the right people to run his website, Jericho was able to create an online magazine of sorts which launched a couple of months ago.

The Magpahanggang Wakas actor did not even deny that his wife Kim Jones has been instrumental why he was able to put up Mr. Manileño

Although they did not really intend their websites to complement each other’s titles, Jericho said his wife, Kim Jones, whose website is called Ms. Jones, helped him come up with the title Mr. Manileño.

Essentially, the website was his effort to tell those who are not in the country about what’s going on in the local scene.

“We want to show the people that we have something good happening in Manila,” he said.

Unlike his wife who does all the work for her website, Jericho jokes that he gets to practice becoming a “boss” over his team of five who keep Mr. Manileño running smoothly.

Since his wife ably manages her website, are they taking collaborations with each other?

“I know someday it would happen, kaming dalawa ni Kim. It should be fun kasi we want to do something together travel-related. So ‘yun ang isang bagay na gustong-gusto naming ginagawa so we’re hoping to do that,” Jericho continued.

Although the website’s name connotes “a gentleman from Manila,” Jericho stressed that even women can take something away from it as they would have a peek into helpful features that they can use for the men in their lives.