Jericho is all praises for Arci: “She’s awesome and I love her” 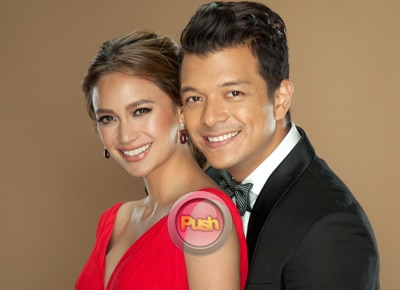 If there’s anything that makes Jericho Rosales heap praises about his latest major teleserye Magpahanggang Wakas, it’s more than just the story, the production, or even its relevance to the times. In an exclusive chat with PUSH, Jericho reveals he’s just head over heels over her “leading lady,” Arci Munoz.

“I have a great partner. She’s awesome and I love her. She’s fun and funny. She shifts to work mode very easily. I like that about her,” Jericho said.

The series started this week presenting the breathtaking story of lovers amid a downspiraling turn of events. Magpahanggang Wakas impressed audiences with its initial episodes and posted high ratings nationwide.

Jericho revealed that part of the series’ success is the harmony he shares with Arci.

“Magaan siya makatrabaho sa set. You kind of get inspired working on a love story with someone like Arci Munoz,” Jericho noted

Jericho further said that they seemed like soulmates on the set.

Above all, Jericho discloses that Arci “handles pressure very well. Wala siyang arte sa katawan, which makes it easier for us. We can move faster and we understand that this is the nature of our job and she understands that.”

And her professionalism is bar none, Jericho revealed.

Truly, with those signs among its cast leads, it seems this riveting series on Primetime Bida will definitely go places.