Maxine Medina also talks about her preparations for the 2017 Miss Universe pageant in Manila. 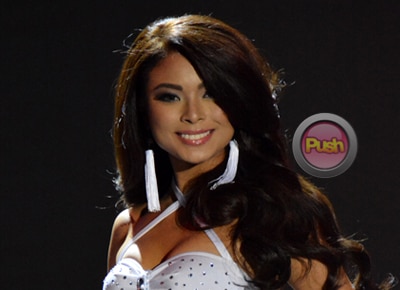 After being crowned at the Binibining Pilipinas pageant earlier this year, Maxine Medina admitted her life has turned around a 180-degrees since she became Bb. Pilipinas-Universe. "Yes, right after the coronation, imagine may 4 pm call time, agad. After nun, straight, interviews, non-stop interviews for about two months and then after, ayun na, training na. Everyday training. Like we have J. Robert Powers every Tuesday and Thursday and then Dale Carnegie every Wednesday and Friday. Ganun ka-hectic. Parang, ang day ko na lang for my rest day is Sunday and then Saturday, Monday may training ako for fitness. Nag gy-gym ako. So all of that, wala akong idea about pageants. So ngayon ko lang sya natututunan within six months after winning the crown," she shared.

Maxine also said she is thankful for her family's continuous support. "Every Sunday lagi kaming lumalabas to eat outside. Tapos, ano lang, talagang bonding lang. As much as possible every Sunday bonding with the family. Ganun. So parang siguro na-earn yung, na-earn yung ano, learning from my parents that you have to respect someone, to respect everyone, para ma-respect ka din nila. Be humble all the time, at least, pray the Rosary. Laging ganun so feeling ko yun yung parang nagb-brighten up sa akin to be myself on that stage," she said.