Inigo Pascual says he still plans to continue acting even after releasing his debut album. 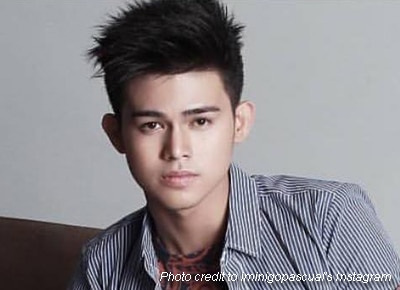 With his teen horror movie project still in the working stage, Inigo Pascual said he has been keeping himself busy working on his debut album which will also include his own compositions. But the Kapamilya actor admitted that music is really is first love. "I love acting naman but acting kasi it just grew on me eh. Parang it wasn’t my first love kumbaga. Music talaga ako pero I love acting as well. It’s a side na different. You get to be a different person and that’s what makes it fun. You get to be someone else that you’re not. Why wouldn’t you want to do that? Mahirap umarte dahil minsan siyempre hindi mo magawa yung pinapagawa sa iyo ng director. That’s what makes it fun and challenging. Pero I’m excited for my music so sana excited din sila," he tells Push.com.ph.

When asked about his friendship with Julia Barretto, Inigo said they are still both looking forward to working together again on the movie. "Julia and I, every time we see each other parang we get each other so well. We never lose that bond. Whenever we see each other kaya ko siya asarin, kaya rin niya akong asarin pero mas pikon nga lang ako (laughs). But we’re just super chill. Para lang magkapatid kung mag-asaran. We get to make fun of each other and we get to be ourselves with each other so okay naman kami. Sana in the future we get to work with each other again maybe in some other project," he said.

With the issue of all the celebrities coming forward and undergoing voluntary drug testing, Inigo said he does not see anything alarming about it. "Ako naman I’m okay. I can do it if they want to do it on me. I’m pretty confident. Pero I guess tama lang kasi yun kasi kung ang normal na tao ginagawa sa kanila yun, celebrities are normal people as well. I mean this is just our job just like how other people have work and lahat ng tao dapat magawa yun even politicians to be fair. It should be fair. You can’t just choose a social class. It’s one country and sabi nga nila change is coming so let’s see it happen. It is coming. I’ve seen the changes so far and and ang dami ng nangyayari di ba? it’s somewhat becoming more obvious day by day. If that’s the case, that would be good for the country," he explained.

Inigo admitted he has a strong support system in his family and with his management which has always keeps him on the straight path. "Ako naman with my dad parang it wasn’t part of my life. Drinking is a normal thing and that’s probably the only thing I probably see from my parents. Yung drugs I’ve never really seen it happen in front of me. It’s never been part of my life so I don’t know what to say about it (laughs). Also, the thing is with my Star Magic family, you can talk to them about anything like literally my handlers, everyone. You can talk to them if you have any problem and they really counsel you," he added.