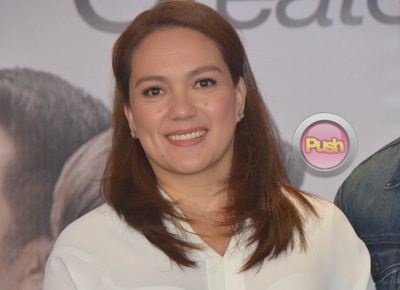 Months since its first teaser was released, upcoming soap The Greatest Love finally has an airing date.

Production Manager Mark Gile explained that contrary to speculations, the delay of The Greatest Love’s airing was not due to the bashing that they received.

“The simplest way to explain is of course we first thought of doing a different way of storytelling for The Greatest Love,” he started.

After presenting their idea to the management, Gile explained that they received a recommendation that they use the “linear” way of storytelling and that’s what they did.

“Siyempre may sariling concept na dinadaanan ito so we realized na parang we want to add elements para maging bago ang feel ng storytelling. So it took a while to do some revisions para mas mapaganda pa ang pagku-kwento,” he explained. “So hindi totoo na dahil yun sa we’re being bashed you know.”

The show figured in a controversy after someone claimed that the show’s first teaser concept was copied.

Meanwhile, with the show’s concept of a family battling Alzheimer’s disease, several netizens argued that The Greatest Love deserves to be aired in primetime and not in the afternoon.

To this Gile said, “Everyone thought it’s before Patrol. Generally it’s the management’s call pero para samin kasi whether nasa primetime or another prime di ba ang goal naman lagi ng lahat ng producers at ng ABS-CBN is to give quality shows whether it’s on primetime or hindi.”

The Greatest Love lead star Sylvia Sanchez, for her part, explained that she feels more pressured now that they are set to air the show.

Originally, The Greatest Love was slated to air last July and then it got bumped off to August and then now to September 5.