What’s next for Janella Salvador and Elmo Magalona? 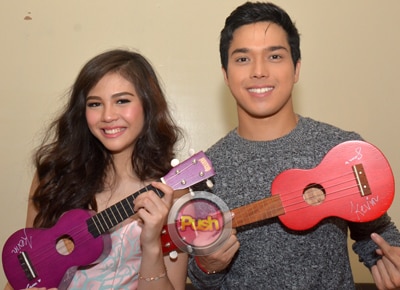 The primetime TV series Born For You officially concluded on Friday, September 16, via a live finale held during the show’s concert at the Kia Theater.

Lead stars Janella Salvador and Elmo Magalona expressed their gratitude towards their supporters who believed in them from the start.

“Siyempre from the start pa lang, nandoon na sila like na-feel na namin ‘yung mainit nilang support and it’s just so overwhelming na siyempre first time din namin magka-pair and we have these people there so thank you very much,” said Janella.

During the concert, Elmo gave Janella a kiss on the forehead which Janella said was the first time he had done so. Elmo shared, “I even asked her if it was okay; she accepted naman,” adding that they have definitely gotten closer now.

When asked what they will miss most about each other, Elmo said, “Mamimiss ko ‘yung drive talaga ni Janella sa pagkain.”

According to Janella and Elmo, they have something coming up that they cannot announce yet. When asked for a clue, Elmo said it has something to do with smiling.

Moreover, Elmo shared that Janella is also a part of the album he will be releasing.