Awra shares a photo of his 'Muder' 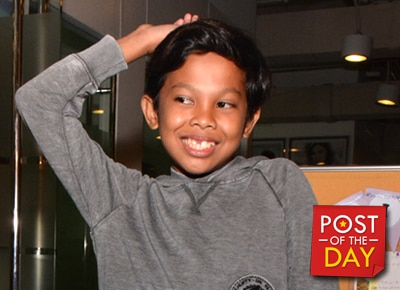 McNeal "Awra" Briguela is getting ready for his big screen debut!

He shared a photo on the set of the upcoming Vice Ganda-Coco Martin movie, which he is a part of.

He called his photo a 'muder and dowter' portrait as he posed in character with Vice Ganda.

Kiray, another of Vice Ganda’s ‘adopted’ children, also shared a pic of the cast on the set.