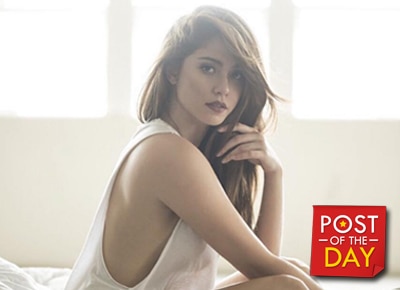 Jessy Mendiola, who has recently been hailed by FHM Philippines as this year’s “sexiest woman” shared photos of her photo shoot for the men’s magazine.
In one of the photos, Jessy is seen wearing sexy black lingerie. In another pic, the actress wore a white sleeveless shirt sans a bra.
She is their September issue cover girl