Maria Ozawa feels the immigration personnel was wrong in divulging private details about her to the public. 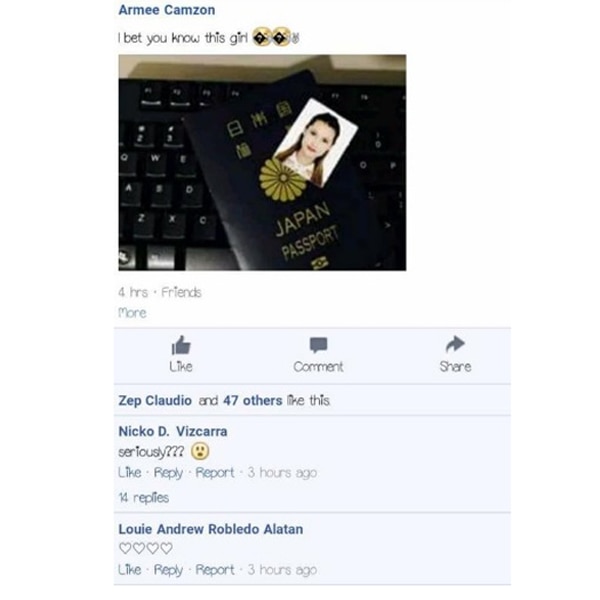 Japanese actress Maria Ozawa couldn’t help but air her dismay on her Facebook page regarding an employee from the Bureau of Immigration of the Philippines, who posted a photo of her passport on social media.

“This is very wrong. Immigration is a place where people TRUST and give their private accounts, details and look what she's done to my privacy...Posting it on her social media,” Maria lamented.

A certain Armee Camzon shared the photo and it immediately circulated online. Armee also divulged in the comments section that Maria was applying for a working visa in the country. The post only caught the actress’ attention when a friend informed her about it.

“At first I didn't know what she was talking about but when I saw the picture of my ID/alien card posted saying "I bet you know this girl" made me so mad and sad at the same time.”

She also said that she would even understand if a random person posted this just for fun but she was alarmed since Armee is an employee of the government institution. Maria is thinking if she should file a complaint.

“How I'm I supposed to trust people? If this was just someone I knew or some random people posting it for fun I can understand. They are just being bastos. But people who actually work in the immigration doing stuff like this? I just cannot believe it.”

The former adult actress started to make a career in the Philippines when she starred in the movie Nilalang, a 2015 Metro Manila Film Festival entry which also starred Cesar Montano.