He also announced yesterday, September 13, that the blockbuster film is now going to have a sequel.

He then posted another photo of the cast and thanked everyone who supported the film. 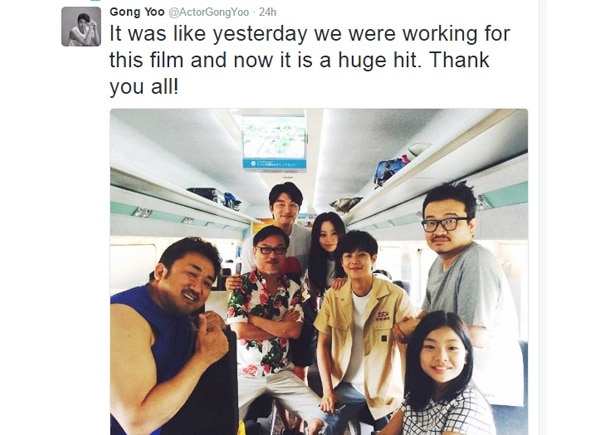 Released last July in South Korea, Train to Busan is a zombie apocalypse film directed by Yeon Sang-Ho and is currently playing in local cinemas.