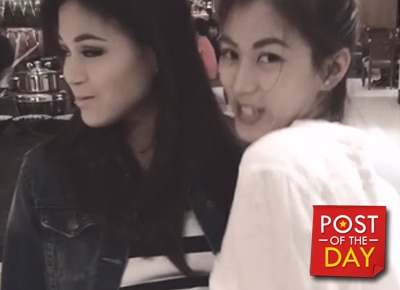 Alex Gonzaga has another video with her sister Toni Gonzaga during the latter’s baby shower.

Alex, who has been consistently uploading clips of her doting over her future nephew inside her ate’s womb, sang and danced to her own version of “Sex Bomb.”

Netizens found her ‘performance’ hilarious and said she will surely be one kulit tita in the future.