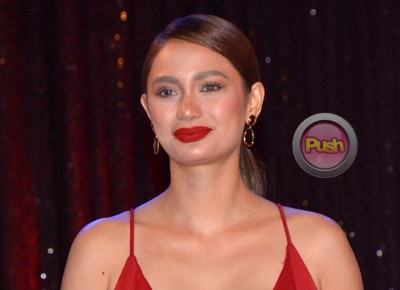 It has been a productive time for Kapamilya actress Arci Munoz, who since transferring to ABS-CBN in 2014, has been getting one project after another. From leading the defunct late afternoon series Pasion de Amor to landing the starring role in Star Cinema’s Always Be My Maybe, Arci, who also stars in the Viva film Camp Sawi, will take on the Kapamilya primetime slot with Magpahanggang Wakas.

According to Arci, she owes these blessings to her father who passed away last February.

“I’m just really, really thankful for everything. And, I believe na everything that’s happening to me right now, parang si Papa, gina-guide niya ako… He just passed last February when I was doing Always Be My Maybe and then after that, ang ganda ng takbo ng lahat so feeling ko, alam ko, nararamdaman ko na gina-guide niya ako and I’m really, really thankful.”

Arci described Jericho as a very good actor who inspires her to work harder. “Siya yata ang pinakahumble na artista nakatrabaho ko. Sobrang humble, sobrang galing,” she said. Likewise, she said that working with John is always a pleasure for her.