Fenech Veloso is evicted from PBB. 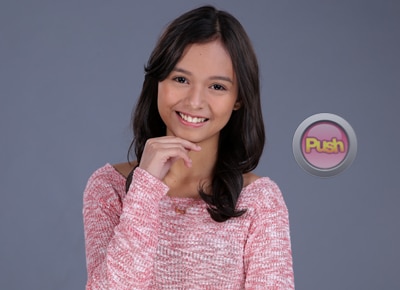 To save themselves from eviction, nominated housemates Heaven Peralejo, Christian Morones, Marco Bello, Kisses Delavin, and Fenech Veloso had to play a 50-pair memory game for their LigTask challenge.

Big Brother then asked the rest who were not nominated namely Kristine Hammond, Maymay Entrata, Edward Barber, Yong Muhajil and Vivoree Esclito to choose who among the nominees they wanted to help.

Kristine picked Fenech, Maymay picked Kisses and Edward picked Heaven. Both Yong and Vivoree picked Marco while no one chose to help Christian.

Because of this, he had to do the LigTask challenge alone.

Meanwhile, #PBBPadaLuck mentions on Twitter were also considered and revealed that Kisses garnered the highest number of 378,259 points. Because of this, she will only have to pair up 48 items in the memory game instead of 50.

Heaven followed Kisses with 213,107 #PBBPadaluck  mentions while Fenech came next with 44,122 points. Marco garnered a score of 35,616 while Christian was the underdog with 12,195 mentions only.

In the end, Christian managed to rise above them all as he finished the memory game the fastest, in only five minutes and four seconds.

Marco followed next with nine minutes and 15 seconds while Heaven finished at 11 minutes and 52 seconds. While it took Kisses 12 minutes and 43 seconds, it was Fenech who took the longest with 13 minutes and seven seconds. Hence, Fenech was booted out of the reality show.