Ayen Munji-Laurel on playing a contrabida role: ‘it’s so challenging kasi it’s not me.'

Ayen Munji-Laurel enjoys playing a contrabida role for a change 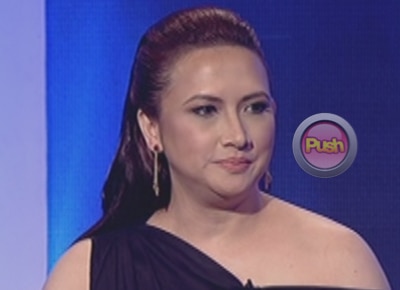 On Tonight with Boy Abunda, one of the stars of the teleserye Born For You, Ayen Munji – Laurel, expressed her agreement with host Boy Abunda when said that he did not expect her to play a contrabida role.

She added, “I’ve tried naman playing yung naaapi – nakakapagod din yun.” Boy then asked, “if you were to choose between the two: inaaapi at nasasaktan, or contrabida, which would you choose?”

Ayen is also a theater actress. On whether she has plans to be part of a theater production anytime soon, she said, “you know ang daming gustong iniimbitahan akong mag-appear sa theater productions. Pero hindi ko mapagsabay because mahirap mag taping at umarte sa entablado at the same time. Kasi rehearsals take a lot of my time.”

The actress is also busy being a wife to Franco Laurel and is a doting mother to their kids especially to their youngest daughter, Sofia. She exclaimed, “and I have a baby! [Actually] hindi na baby, 2 ½ toddler na siya. I’m a mom more than anything else.”