Kristel impresses viewers with her fluency in speaking Korean. 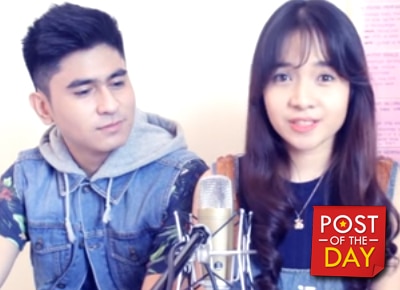 Kristel Fulgar and CJ Navato once again wow their followers with their newest collaboration online.
The two singers did a cover of their first Korean song "All For You" which were sung by Seo In Guk & Jung Eun Ji in 2006.
With already 200,000 views on Facebook, Kristel and CJ's fans are already requesting for a follow up, asking them to sing other K-pop tunes.
Many also took note of how Kristel did the intro of their video, saying they are impressed with how she spoke Korean.
Kristel also uploaded the video on her YouTube channel. Recently the young star received a Silver Play Button Award from the video sharing website.
kristelfulgar cjnavato