A report is circulating online that Atom Araullo will no longer working for ABS-CBN News. 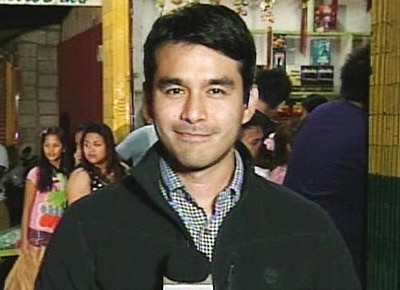 According to showbiz blog site Fashion Pulis, Atom Araullo has resigned from his news reporter post in ABS-CBN’s News and Current Affairs Department.

“Recently, Araullo has been expressing strong opinion on issues, such as the controversy surrounding the burial of former President Ferdinand Marcos at the Libingan ng mga Bayani and certain policies of the present administration. Thus, instead of being accused as a biased reporter and thereby affect the integrity of the News Department, Araullo opted to resign.,” Fashion Pulis posted.

The blog site said that nonetheless, Atom will remain as a host of Umagang Kay Ganda and Red Alert. It was also reported that Atom will also make use of the time to complete his pending book projects, explore his interest in creating independent movies and might possibly write a column.

Atom is one of the network’s well-known news reporters and was tagged the “Man in the Rain” when he braved Tacloban City to report about the typhoon Yolanda in 2013.