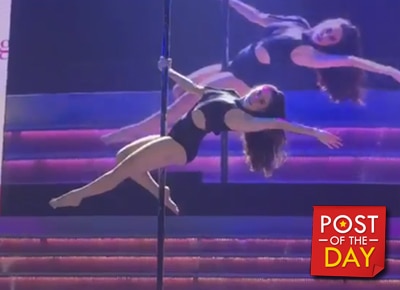 After being featured on Maalaala Mo Kaya as a pole dancer, Jessy Mendiola took to the activity and has made a part of her fitness regime.

During an event for Avon, where she is one of the brand ambassadors, FHM’s sexiest Pinay fearlessly performed for the audience and impressed people with her pole dancing skills.