1. MelaSon
Just this March 2016, the two were rumored to be breaking up. At first, Jason denied this and said they were okay but in the long run both of them admitted that they had marital problems. It may be because they didn’t have so much time for each other given that both of them are busy with their own teleseryes. Soon, they were able to patch things up.
2. Wendy Valdez and Bruce Quebral After their marriage got officially annulled in 2012, Wendy found love the second time around in the person of Normann Garcia. They tied the knot last December 2015. Unfortunately, Wendy had a miscarriage months later.
3. Sam Milby and Say Alonzo 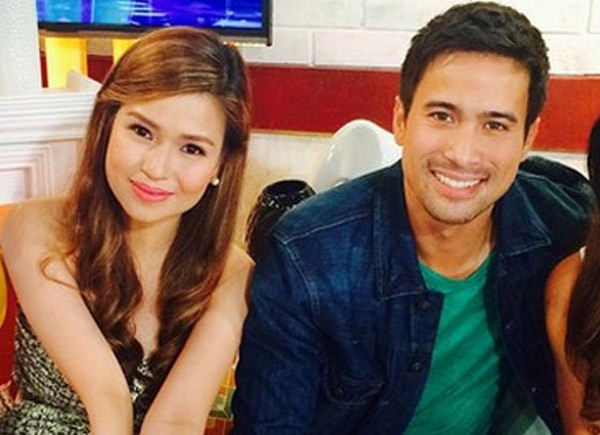 After their PBB stint, the two took different paths. Sam had a relationship with actress Anne Curtis around 2007 but they broke up. Sam is currently being romantically linked to model Mari Jasmine. Say married Ryan Tordesillas in 2011 they now have child named Asher.
4. Tom Rodriguez and Princess Manzon Tom Rodriguez’s love life was mostly quiet after PBB. He is now in a relationship with actress Carla Abellana.
5. Gee-Ann Abrahan and Mickey Perz Gee-Ann and Mickey got engaged last December 2015 and tied the knot the following month at the Santuario de San Antonio Parish in Makati.
6. Tommy Esguerra and Miho Nishida Opposites do attract and ToMiho could attest to this. Their brewing romance all started when Japan-based Miho met model Tommy Esguerra inside the PBB house. At first, Miho, who’s a single mom, was hesitant because of her fear of trusting people but Tommy proved that he deserves her love. After their PBB stint, their love story continued to be on screen through a segment in “It’s Showtime” and that’s when they also became official.
7. Zeus Collins and Dawn Chang Whenever you hear Ellie Goulding’s “Love Me like You Do,” you just can’t help but remember Dawn Chang and Zeus Collins’s sensual dance cover during their PBB stint. The two were romantically linked with each other despite their respective relationships outside the house. One time, when Zeus informed Dawn that he’s in a relationship, Dawn said, "May pakanta-kanta ka pa, may pasayaw-sayaw ka pa. Pinaglalaruan mo lang pala 'yung damdamin ko.”
8. Vickie Rushton and Daniel Matsunaga When the “Lady Mahinhin ng Bacolod” Vickie Rushton was still inside the famous yellow house, she was having some doubts about her relationship with actor Jason Abalos. Viewers began linking her to Brazilian-Japanese model Daniel Matsunaga. Even though they were being teased by the viewers, they insisted that they’re just friends
Celebrity