Enrique Gil reveals his dream project that he wants to do with Liza Soberano. 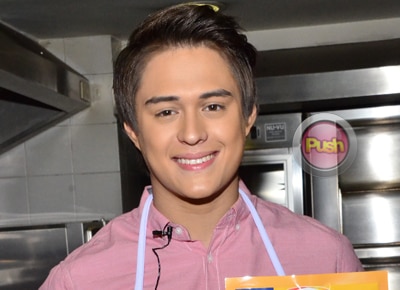 Enrique Gil was asked about his reaction to rumors that Liza Soberano is one of the actresses being considered to play the role of Darna in its upcoming new film adaptation. The actor remarked that if it will be offered to Liza and she chooses to accept it, he will support her decision.
“I mean kung tatanggapin niya siyempre I’m just going to support her no matter what,” he said to Push.com.ph.
In a recent interview with Push, Liza already aired her side about the circulating rumors. She said, “It would be an honor to play Darna but I don’t know if I’m ready just yet.  But I want to do action talaga.”
Apart from Liza, Jessy Mendiola, Nadine Lustre, Arci Munoz and Anne Curtis are also among the actresses who are rumored to be in the running for the role.
Meanwhile, Enrique and Liza’s primetime series Dolce Amore is still topping the ratings and the series is about to enter its Book 3. "First time kong magbook 3 sa isang teleserye. It just keeps getting better and better, more surprises, more revelations na dapat nilang abangan and more of Italy,” Enrique stated.
After starring in movies and hit primetime series together, Enrique was asked about the dream project that he wants to do with Liza. He said that he wants to make a zombie-themed film with his onscreen partner.
“Mala-Walking Dead ang gagawin namin, we want like a zombie… we love zombie flicks so we want to do a zombie-themed movie for sure,” he shared.
Celebrity