Who are you most excited to see at Push Awards 2016? 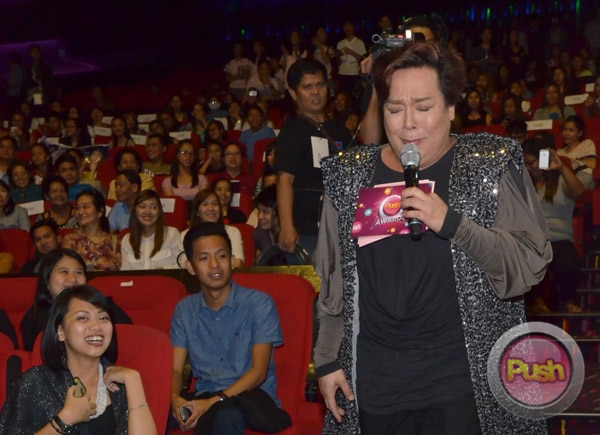 Push officially opened its website for voting over the weekend. But before the awards night this October, let’s take a look back on the best moments during last year’s big events.

Different fan groups flocked to Resorts World Manila last November 2015 to show support for their idols. That’s on top of the votes that they made so that their idols could bag the top awards. Sure, it was expected that celebrities would attend Push Awards, but funny vloggers Lloyd Cadena and Maria Sofia Love’s presence at the event was a welcome addition. Supporters who came to last year’s Push Awards were treated to exciting performances by Abra, Ella Cruz, and The Voice Kids season 1 winner Lyca Gairanod. Jason Francisco and Baby Mela were also present in the event along with BFFs Sofia Andres and Elisse Joson, who presented an award. The Kapamilya love teams were probably among the top reasons why the Push Awards had such a huge turnout. Among those who came were LoiShua composed of Loisa Andalio and Joshua Garcia. There’s also LizQuen composed of Enrique Gil and Liza Soberano of Dolce Amore. Of course, there’s KathNiel composed of Teen King and Queen Daniel Padilla and Kathryn Bernardo, who dominated the first Push Awards.

Who are you most excited to see at Push Awards 2016?