Piolo Pascual also talks about his experiences being a student in Oxford, United Kingdom. 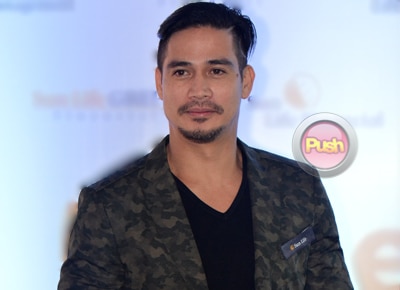 Kapamilya actor Piolo Pascual said that he is happy for ex-girlfriend KC Concepcion who is now rumored to be in a relationship with Aly Borromeo. The actor admitted this during the 15th anniversary celebration of Silka last Saturday, July 23 at the Trinoma Activity Center.

“I’m happy for her. I always pray for her happiness. It’s good that there’s someone who is taking care of her and I’m just really, really happy for her,” he said.

Confirming that they are on good terms, Piolo shared, “Yeah, we talked once, twice and we exchanged messages sa text so we’re good.”

Meanwhile, Piolo said that he enjoyed being a student again when he went to study (Christian) Apologetics at Oxford in United Kingdom. “Masarap maging estudyante ulit. You get to learn new things and you get to apply it in your life ‘yung knowledge na nakukuha mo. Ang ganda kasi meron kang pwedeng magtanong and ang sarap magtake down ng notes,” he said, adding that they were able to meet a lot of speakers.

When asked if he wanted to be a pastor, Piolo answered, “I’ve always wanted to be a pastor. I guess it’s just that now, my calling is just be in show business so I’m putting it aside because I guess pwede mo namang gamiting ‘yung influence mo sa field mo and I was very clear when I became a Christian, I told the pastor, ‘I wanted to be a pastor’. Sabi niya, ‘No, kailangan namin ng mga katulad mo sa showbiz’ so mas mahirap ‘yung temptasyon pero sa awa ng Diyos, nandito pa rin tayo.”