Does Coleen Garcia want to go back to hosting?

Coleen Garcia reveals the actors she wants to work with. 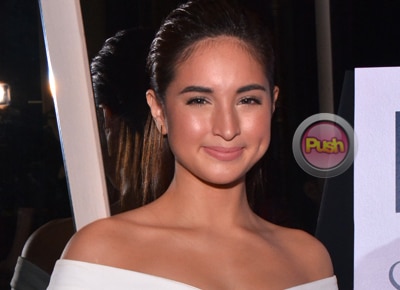 Coleen Garcia has been headlining various acting projects for the past couple of months. The actress has been dedicating her time to acting ever since her hosting stint in It’s Showtime concluded. Asked if she misses hosting and wants to do it again, she replied, “Well I’m just enjoying so much that I don’t want to think of doing anything else at the moment because I’m really so, so happy and so passionate with that I’m doing right now.”

Coleen shared that when it comes to acting, she aspires to work with John Lloyd Cruz and Coco Martin. “Top of my bucket list is really John Lloyd Cruz because I’ve seen his work and he is such a talented actor, very deep actor. And that’s what I like actually and that’s what I look for actors, the depth of the way they play their characters, ‘yung may lalim talaga.”

She further relayed, “Apart from him of course Coco Martin. I’ve heard so many good things about Coco and I hear na pwede na rin siyang maging director sa pag-aalalay niya sa mga lahat ng co-workers niya so hearing from that alone I could assume that by working with Coco you would actually learn so much from him.”

Billy Crawford and Coleen recently celebrated their anniversary as a couple. With such hectic schedules, how do they keep their relationship working? She said, “When we really don’t have time for each other, he really finds a way to visit me or I find a way to visit him which whoever has free time so I don’t believe that time should be an issue like if there’s a will, there will always be a way.”