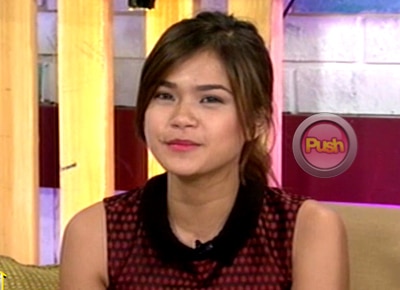 Before Hashtags member McCoy de Leon became a celebrity housemate in the Pinoy Big Brother: Lucky Season 7, he had Maris Rascal as his love team since they’ve worked together in the series We Will Survive.

However, when he entered the Big Brother house in Vietnam, he often gets teased with fellow celebrity housemate Elisse Joson.

Today, Maris appeared on Pinoy Big Brother’s online show and revealed how she felt about the situation.

The teen actress, who was a former housemate herself, said she totally understands the situation. When asked about McCoy and Elisse’s situation, she just said, “Feeling ko naman baka may kilig gano’n.”

Maris didn’t deny though that she got jealous of McCoy and Elisse’s growing closeness but explained, “Sa first talaga kasi may separation anxiety.”

Maris then explained that she hopes they enjoy the experience of being a housemate because things become really different once they step out of the house.

To get more updates about the housemates, watch Pinoy Big Brother: Lucky Season 7 weeknights after Born For You on ABS-CBN.