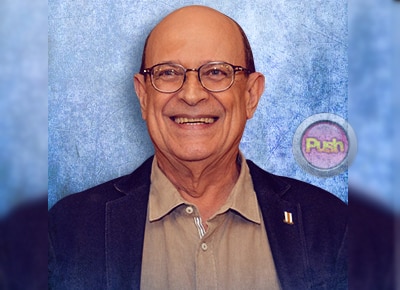 What will happen to Jaime Fabregas’s role as Tatay Delfin in the top-rating teleserye FPJ’s Ang Probinsyano on Monday night’s episode, July 18, remains highly anticipated after his character get shot by Cesar Montano’s character. But before we find out whether his character survives or not, the veteran actor talked about his favorite moments and behind-the-scenes secrets of the show.

According to Jaime, they’re already like a family on the set of Ang Probinsyano which has been going on for almost a year already. They even have a Viber group. They also bonded along with the production staff when they watched the musical play Rak of Aegis which one of their co-actors Pepe Herrera is a part of. “Siyempre naman ‘pag gano’n talaga katagal, nagkakaroon talaga ng bonding na friendship. Talagang pamilya talaga ang dating,” he said.

While Jaime praised everyone on the show for being professional and creative, he specifically mentioned lead actor Coco Martin.

Having worked with both Coco and the late Fernando Poe Jr. who is the original Ang Probinsyano, Jaime said that the show was able to give tribute to The King of Philippine Movies.

“Oo naman. As a matter of fact, sinabi ko na rin kay Coco ‘to, kasi si Coco nakikita mo ‘pag nasa set, hands on siya eh,” he said, adding that Coco would sometimes give directions too. Saying that the primetime star is always on-the-go, he said that Coco is like FPJ who was also a director.

Furthermore, Jaime shared that Coco would sometimes remind him of FPJ. “Meron silang parehong trait… I think that’s the one that makes them superstars,” he said.