The senator released a statement regarding a circulating issue about a boxing match. 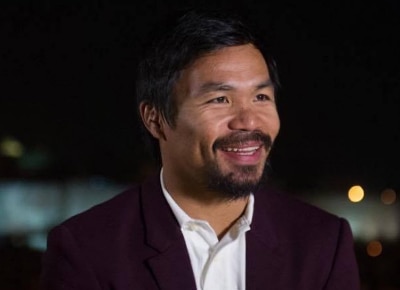 Contrary to the reports that are circulating that he will be taking a leave from the Senate for a boxing match, Senator Manny Pacquaio in a press statement clarified that there is no truth about it.

"There is no truth to media reports that I’m planning to take a leave from my Senate duties just to fight again atop the ring," the press statement said which was posted on his official Facebook page.

He stressed that his work as a senator is now his main priority. "I want to make it clear – my priority is my legislative works.

My next fight has not yet been discussed. Should there be any, I’ll make sure it will not interfere with my senate duties. When I ran for senator last May 9 elections, I made a promise to be present in all sessions. I owe it to the people,” he added.

He also said that if ever he will decide to fight again, it will transpire when Congress is on recess.

"When Congress in on recess so there’s no need for me to go on leave. The entire training will be done in the Philippines to ensure I can attend sessions even while on training camp.”

He further stressed, "Boxing is my only means of livelihood to support my family and to help those who are in need. Politics, to me is a vocation not a means to eke out a living. I want to maintain that belief. I want to keep my dignity intact while in public service.”

During the campaign period of the 2016 elections, the boxer and former Sarangani representative promised he will be present and will attend to his duties in the Senate after earning the ire of some voters because of his absences as a congressman.