Luis Manzano defends Jessy Mendiola: ‘She had nothing to do with the breakup’

Luis Manzano opens up about his relationship with Jessy Mendiola. 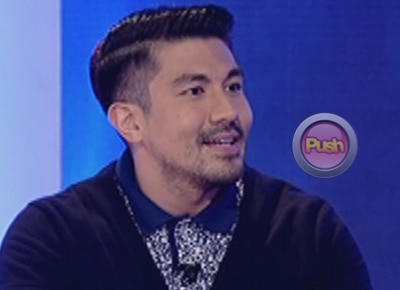 On Tonight with Boy Abunda, Luis Manzano dispelled rumors saying that Jessy Mendiola was the cause of his breakup with Angel Locsin.
“Not at all.” He added, “willing ako ipusta lahat ng pinaghirapan ko sa buhay na she had nothing to do with the breakup.”
With Jessy having acknowledged recently that she and Luis have been going out and are getting to know each other, host Boy Abunda asked him, “kayo na ba ni Jessy?”
Though hesitant to answer any question regarding his relationship with the actress, Luis shared, “it’s a journey, Tito Boy. It’s a journey.”
During their conversation, Luis was asked to describe Jessy in one word he answered, “awesome." When asked what was the sexiest part of her body, he said, “her eyes.”
Currently, Jessy is the hottest woman in the Philippines according to a male magazine. Luis shared that for him, it’s well deserved award for the actress, “because she’s out on a mission which is why I’m so happy for her. She’s out to prove na there’s no one mold for sexy. Nasanay tayo na ang sexy kailangan model, but there’s so much more to being sexy. And she’s out to prove that to so many people. She’s one that’s always saying no to body shaming.”
Celebrity