Sharon Cuneta moved by Lea Salonga’s article about her

The Megastar, who is back on social media, expressed her gratefulness towards her fellow The Voice Kids coach Lea Salonga. 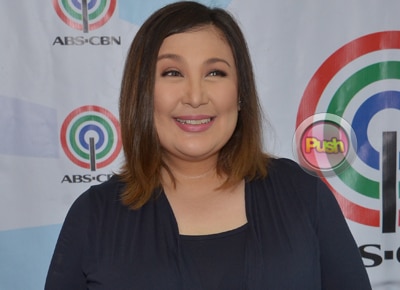 Megastar Sharon Cuneta, who is back on social media, expressed her gratefulness towards her fellow The Voice Kids coach Lea Salonga.

The Broadway star wrote about her experience working with the new The Voice coach in the Philippine Daily Inquirer last May 26.

“There is no feeling in the world that is even remotely comparable to being written about in a most kind, respectful, even loving way by a colleague who has soared to heights none of us have -- and have made us all in the Philippine entertainment industry look so good! I am proud to know her, be working with her, as she is someone I have always not only liked but adored. Thank you, Lea,” Sharon wrote on Facebook.


In Lea’s article, she recounted the times she has worked with the Megastar when they were younger.
“As for my own history with her, we have seen each other in television studios and concert venues since the early ’80s, when I started making records, and thus would be a guest on TV shows including hers (the first one, “C.U.T.E.,” with her aunt Helen Gamboa, and “The Sharon Cuneta Show” on IBC 13 and later on ABS-CBN).
“I must’ve been around 10; she was about 15. We would sometimes sing together, and she would interview me. And I would also be the occasional observer watching her star rise,” the singer said.
She also commended Sharon’s ‘old-school professionalism’ and revealed she is very happy to work with her on the talent search program.
“To say that I’m thrilled she’s in our show is an understatement. I now get to say that I’m doing a TV show with her, get to bask in her reflected light—and to watch and learn. And I get to be a fan.
“The queen is back, ladies and gentlemen. And I couldn’t be happier!”
Celebrity