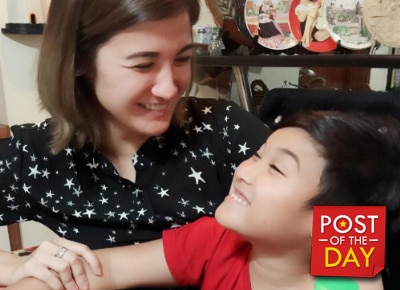 Camille Prats is one proud mommy for her 8-year old son Nathan has entered the world of show business.

As a former child star, Camille is known for her roles in movies such as Sarah Ang Munting Prinsesa and Ang Pulubi at Prinsesa and the the TV series Marinella.

John Prats, Camille’s brother who also began his career as a child actor, was proud of Nathan’s achievement.