James Reid continues to be protective of his on screen partner and girlfriend Nadine Lustre. 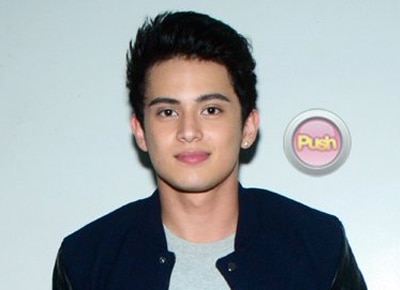 After actress Nadine Lustre topped the partial and unofficial tally of being this year’s FHM’s Sexiest woman as of June 3, her boyfriend, actor James Reid reacted through his Twitter account on Sunday, June 5.
Posting a photo of the results and with an arrow pointing at Nadine’s name, James captioned, “Hoy! Who is responsible for this!?!?!”
Later, he tweeted, “Jadines, I thought we were on the same team.” However, this tweet seems to have been deleted.

In the past, fans have seen how protective James is towards Nadine even before they became a couple last February 11. As such, the two reportedly have argued over Nadine’s sexy outfit one premiere night while James edited revealing photos of Nadine.
READ: Nadine Lustre on her tampuhan with James Reid: “It happens. It’s normal. So we’re okay.”
Aware of this, James and Nadine’s fans trended the topic #StayStrongJamesReid on Twitter on Saturday, June 4. Nadine has yet to react on the issue.
Celebrity