Jessy Mendiola on Luis Manzano: ‘We go out from time to time.’ 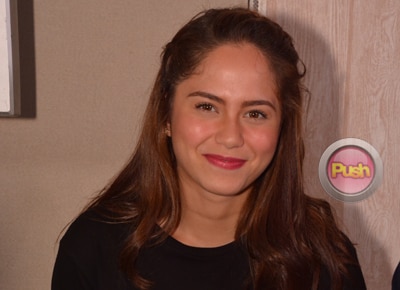 Jessy Mendiola spoke up about the photos surfacing online of her and Luis Manzano hanging out. It has been rumored that both of them are dating. In an interview with the actress, Jessy set the record straight about the real score about them.
"Ako I don’t see anything wrong hanging out with Luis and I am not the type naman, you know to be so cautious about it or be so scared, na makita ako ng ibang tao sa labas kasi I am single and I don’t have any problems with going out with other people, so yeah we go out from time to time. Siguro naman halata naman na hindi kami nagtatago kasi may mga pictures naman na yes we go out, but yeah Luis and I, we go a very long way pa," she said.
She continued, "Kumbaga you know what happened last year ganyan and I really appreciate the fact that he has always been there for me as a friend and as himself kasi he is a very good guy, wala akong masasabi kasi whatever I say and do will be taken against me and marami din namang masasabi ang mga tao. It is what it is what you see is what you get."
READ: Enrique Gil apologizes for altercation on London flight involving Jessy Mendiola and Luis Manzano
Can she say that their ‘hang out sessions’ means they are actually "dating?” "I don’t want to label it as anything kasi sometimes we go out in groups eh nagkakataon lang kami napi-picturan kasi kami ‘yun public figures pero we go out sometimes. Yeah you could say that we go out and we are friends and we are getting close to each other but you know he knows I have a lot of things to do right now and he knows I am enjoying my life as it is."
According to Jessy she is focused now on her career and her love life might take the backseat."Ang daming opportunities na dumarating na parang I don’t want to be derailed about it."
But does Luis have a chance if ever the actor decides to court her? "Ay oo naman. I am not denying anything. Ayoko namang maging sobrang pretentious na wala kasi I have as said Luis is a nice guy and any girl would be lucky to have him."
Celebrity