Darren Espanto admits he has been backstabbed 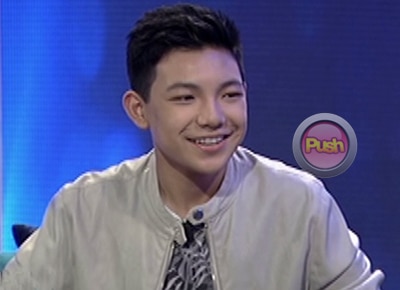 On Tonight with Boy Abunda, Darren Espanto admitted he has been backstabbed as posted on his social media. “Oh yes, it’s unfortunate po na I’ve experienced this and I wont elaborate any further. Pero It’s true I have been backstabbed but a good thing I’ve learned from this is I have to be careful with the people I’ve trusted po, or the people I deal with, I work with, I hang out with and for me parang just don't do it, I’d say.”
Darren also has a new album entitled Be With Me and its carrier single is “7 Minutes.” Darren composed two of the songs in the album called “Home” and “Hanggang Hi Hello.” He said, “I’ve been getting good comments on this album and I’m very proud of it as well.”
Asked if there was anyone he has said “I like you” to or is he only up to “hanggang hi hello” when it comes to girls, Darren said, “wala pa naman po, ayaw pa nila Mama ng seryoso…”
The three words he wants to say to backstabbers are, “God bless you.”
Celebrity