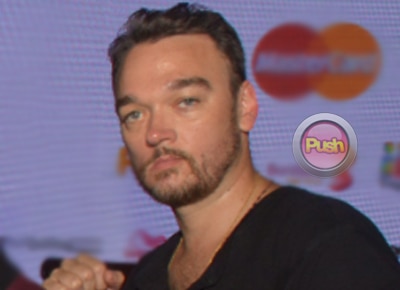 Wolfgang band vocalist and theater actor Sebastian “Basti” Artadi opened up about current health condition and sought for financial assistance through his Facebook account on Tuesday, June 21.
Basti, who has starred in the theater musical Jesus Christ Superstar and will headline the Philippine staging of American Idiot, invited people to share his post, saying he did not want to publicize his condition as he does not want it to distract him from performing.
“Hi all, I didn’t want to make this public because I didn’t want it to be a distraction from the music while I was performing but as my condition gets worse it appears that it is becoming inevitable (speculation is I got Bells Palsy or a stroke, one person even suggested it was because of drugs, I have never and do not take drugs, and the funniest was that I got kulam, haha tangina) and I guess it’s time I address it,” he said.
He then went on to admit that he was diagnosed with a brain tumor in 2009.
“This tumor is on the nerves that control the right side of my face which is what is causing the paralysis,” he said.
Saying that this condition affects his facial muscles and may lead to his inability to talk and sing, Basti said that this is the reason why he seizes opportunities to perform.
“As a result, I had to relearn to sing with a paralyzed mouth and the fatigue that comes with it. Unfortunately, it doesn't end there. Because one side of my facial muscles are working more than the other, the inevitable result is that my mouth is slowly being pulled to one side and the doctors have said that I will eventually not be able to talk much less sing. This is why I have decided to do as much as possible in the coming years, singing wise, while I still can,” he divulged.
However, he said that he is opting to undergo a procedure called facial sling that could temporarily help his situation. Hence, he is selling shirts he designed in the hope to get the funding he needs for this procedure.
“It’s just a picture of my face which I thought would be a good symbol for me getting back the lost symmetry, so no it’s not because I'm full of myself,” he said.
Moreover, despite his condition, Basti remains positive and grateful that he can still sing.
“I thank God every day because I’m lucky that this thing still left me with the ability to sing, what would have really sucked is if it took 100% of motion from the get go. So we move on and we do the best we can with what we have. Thanks and I'll see you around town!”
Celebrity