Coleen Garcia to star in an action-comedy film next

Coleen Garcia reveals that she is no longer returning to ‘It’s Showtime’ even after her new movie. 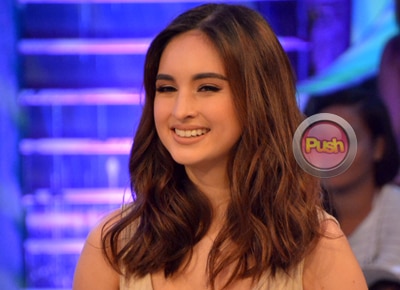 After the success of her movie with Piolo Pascual and Dawn Zulueta titled Love Me Tomorrow, Coleen Garcia is off to take on her next big screen project.
It was Love Me Tomorrow’s creative manager Kriz Gazmen who announced the details of Coleen’s next project during a blogger’s conference held on Wednesday, June 1.
“We’ve proven kasi that Coleen is such a versatile actress and ang dami talaga niyang kayang gawin. So ang next project ni Coleen, she will do an action-comedy-sexy movie with us with two other actresses na surprise pa po,” he said.
Chris Martinez is set to direct the film, which would be titled Extra Service.
“Excited! It’s my first film na hindi si Gino [Santos] ang director and I’m looking forward to it because I’m also a fan of Direk Chris Martinez’s work,” she revealed when asked about how she feels about the new project.
Coleen shared that she was especially impressed by how the director helmed comedy films Kimmy Dora and The Gifted.
“Also I’m excited kasi iba na siya. Instead of a love angle, it’s with two other ladies. So it’s something different also for me,” Coleen added.
Meanwhile, Coleen’s fans who are missing her on TV might need to wait a little longer as she revealed that she has no TV project offer as of the moment. But Coleen shared that she is not closing her doors to returning on TV.
But will she be returning to Showtime at least?
“Hindi na because I don’t know, I want to keep up the momentum of what’s happening right now. I feel like I’m finally on the right track,” said Coleen.
While she recognizes the fact that her inclusion on Showtime propelled her to where she is right now, Coleen feels that she wants to keep moving forward at this point.
“But I’ll be visiting. Naka-visit naman ako twice during that time,” assured Coleen.
As of June 1, Star Cinema announced that Love Me Tomorrow is on its way to earning P100 million at the box office.
Celebrity