Christina Grimmie’s killer is reportedly ‘infatuated’ with her

The singer’s gunman was said to have been enraged upon learning that the singer already has a boyfriend. 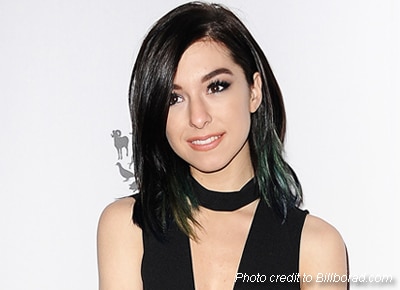 Kevin James Loibl, the 27-year-old man who shot singer Christina Grimmie, was reportedly ‘infatuated’ with the singer, a TMZ report said. The killer’s former co-workers told TMZ that he had hair transplants, Lasik eye surgery and also went vegan to lose weight to increase his odds of having a relationship with the singer.
His co-workers also attested that Kevin would frequently listen to Cristina’s songs at work and even vowed to marry the singer. They also relayed that Kevin claimed that he met the singer before in one of her shows but a source close to the singer said that it never happened.
When Kevin was teased by his co-workers that Cristina has already a boyfriend, he became angry over the information.
Christina’s boyfriend is her producer although they were not public about their relationship, photos of them together are posted on social media.
Kevin shot Christina outside her concert venue last June 10 during a meet and greet session with her fans. He killed himself after shooting the singer.
Celebrity