A dream Bonifacio would have wanted more than independence 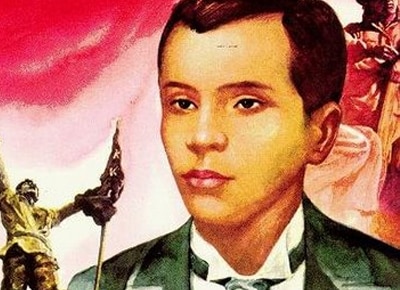 Who can doubt the sincerity of one Great Plebian to hold his fellow suffering countrymen and a raucous nation searching for independence?

More than just forming the Katipunan and instilling himself the revolutionary leader, Andres Bonifacio wanted the atrocities to cease and guide Filipinos to the light of freedom. But, sadly, reaching that dream had become blurred and eventually lost in his sight as he laid dead in the hands of the same countrymen he was fighting for.

This is one tragic story we hear and read again and again, especially when the true story about Bonifacio finally emerged in recent years, thanks to well-meaning historians.

And this was effectively depicted in Enzo Williams’ Bonifacio: Ang Unang Pangulo, which brought all of us back into that tragedy and incredible injustice done to the well-meaning hero.

While we witnessed once more the glaring context behind his rebellious schemes, there was one aspect of the story that was all so manifest and flagrant—the circumstances leading to his death seen as not only as a betrayal but also criminal.

It presents the Filipinos’ unfortunate tendency for infighting, even at the throes of that fight for freedom, wherein unity and togetherness are crucial elements for success. And that infighting even goes to that boiling point of discrimination, lust for power, and eventually historical credit—as we are sure his opponents had raised eyebrows as he claimed he was the Republic’s first president.

This becomes quite an eye-opener for those who have known the tale and seen the movie. Especially for those youngsters who learn about the true story of Bonifacio—how we need to forget our own interests for the best of all; how we need to really work together and find and agree to solve a common goal without any consideration of a personal benefit or advantage.

However, the sad reality is that this remains a dream. More than what Bonifacio wished, as admirably uttered by Robin Padilla portraying the Magdiwang faction leader as he faced death, about attaining independence from Spain, a yearning far more real and existent through epochs even beyond the revolution must be fulfilled.

It is that we should forget ourselves, our egos, our interests and think of what’s the best for the country more—a dream Bonifacio it seemed he brought to his unknown grave.


Photo credit to the owner
Celebrity