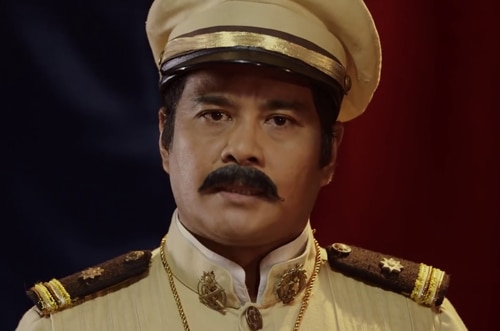 It was emphatic, yet the message of bravery, national consciousness, and heroism through exceptional cinematic craft could very well be seen in its massive impact on its audience, ominously distracted by the trappings of technology, societal indifference, and negativism.
In fact, a whole view is seen on history; how events from that tragic episode of one military strongman of the supposed republic made its way to even a teener with a break-neck attention span with utmost attention and appreciation.
Epic drama
Jerrold Tarog’s Heneral Luna, is one masterpiece that really jolts us out of our indifference about country and infuse the gripping epic drama that exposes the bare-faced realities about our nation, about our history.
Above all the controversial circumstances that are depicted in the film, we get to identify ourselves even more with the real characters portrayed by the excellent cast. That was how effective the film became in reaching out. Not only was it discussed thoroughly in academic discourse and by the historical experts, whose own studies and exposes about the topic just fell on deaf, indifferent ears—Heneral Luna became a trending topic on social media—all with mentions, tweets and even hilarious memes carefully encroaching and reaching one’s own sacred personal timeline or feed.
It spread like wildfire on blogs, with the affected bloggers posting their impressions on this unforgettable film and how it had created a deep impact on their critical thinking about nationhood, and their view about dealing with themselves in reaction to those telltale scenes.
Luna brought to life John Arcilla’s Gen. Antonio Luna character brought to life that famous yet singular image we see on history textbooks. With all his quirks and even funny expressions so accurately portrayed, Arcilla surely gave one famous historical figure the kind of surreal connection to present-day citizens, even the numb-skulled who just thought Luna was “cool.”
For the first time, in all of the historical film genre, we are not merely stupefied by the accomplishments of heroes, we now identify with them more, all with their own failures, terrible moods and temper, and caprices.
As such, we are not anymore seeing these historical figures as mere textbook names but real people we can emulate, understand or disdain with all the true merits and demerits they deserve.
It was certainly the first time, as we all know, that a historical film became a box office hit, eclipsing the multi-million peso expenses the producers coughed out and actually returning a profit.
Good sign 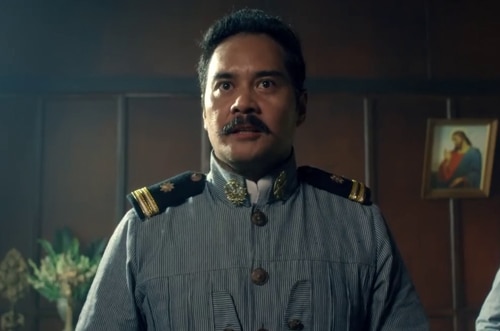 Such a development is truly one welcoming and exciting sign, because it should not only peg or limit the successful, sure-win Filipino cinematic genre into mere romantic comedies or fantasy films, but also those about historical icons and dimwits we must, as a citizen, know more about.
There is now that kind of imperative for us to see more films like Heneral Luna—those that get us to see the heroes, political leaders, and other historical characters as they are, and us cry in laughter, scream in anger, and weep hysterically over the accurate depiction of these events and judge them as they truly are and not forced into our consciousness by a mere paragraph in our history books or a few minutes into a professor’s lecture.
That is Heneral Luna’s legacy—taking us all into that path to patriotism, all with factual soundness and gripping cinematic portrayals and creative execution, leaving an indelible impact into our lives and consciousness as a Filipino.
Celebrity