11 Filipino celebrities who made us proud globally

Here are just some of the reasons why we should be proud to be Filipinos. Filipinos have been conquering the world in the fields of lifestyle and entertainment. Here are just some of the Pinoys who have been making us proud to be Filipino.
1. Pia Wurtzbach
Despite her controversial win with host Steve Harvey initially announcing the wrong winner, Pia Wurtzbach made all of us proud when she bagged the 2015 Miss Universe crown in Las Vegas, Nevada late last year.
READ: Pia Alonzo-Wurtzbach is Miss Universe 2015
2. Jaclyn Jose, Jake Cuenca, Sid Lucero, John Lloyd Cruz 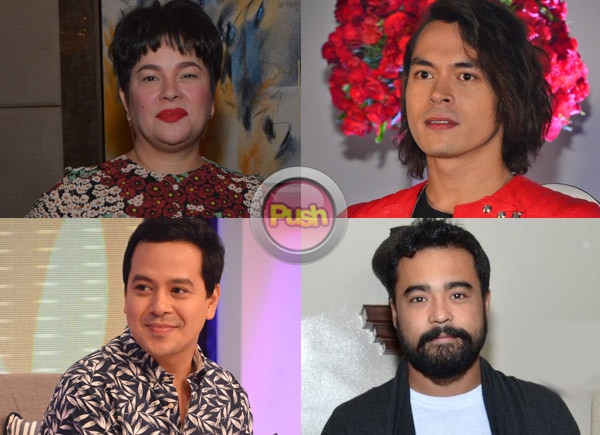 What do these Filipino actors have in common? All of them received international recognitions.
Jaclyn won the highly-coveted best actress award at the Cannes film festival for Brillante Mendoza’s Ma’ Rosa while Jake won best actor at this year’s World Cinema Festival in Brazil for the independent film Mulat.
Meanwhile, Sid Lucero won best actor at the 19th Los Angeles Comedy Festival for his movie TOTO. John Lloyd, on the other hand, was an honoree of the Star Asia award during this year’s New York Asian Film Festival.
3. Andi Eigenmann, Isabel Lopez, Albert Andrada, Francis Libiran Andi Eigenmann and Isabel Lopez drew the attention of foreigners when they showed their support for the movie Ma’ Rosa, which they also starred in, at the Cannes film festival.
While Isabel trended online for “slaying” with her emerald dress on Cannes’s red carpet, Andi was included in the Best Dressed Celebrities list of Vanity Fair magazine.
It was fashion designer Albert Andrada who made Isabel’s dress for Cannes (he also made Pia Wurtzbach’s long blue gown when she won the Miss Universe crown). This was the first time that a Filipino-made gown made it to the prestigious pageant.
As for fashion designer Francis Libiran, his designs were featured a second time on the television model-search contest America’s Next Top Model.
4. Judy Ann Santos-Agoncillo From being an actress to a budding chef to becoming a cookbook author, Judy Ann Santos-Agoncillo’s recipe book called Judy Ann’s Kitchen got included in the list of Best Authors and Chefs Outside Europe by the 2016 Gourmand World Cookbook awards.
5. Mercedes Cabral Actress Mercedes Cabral, who was also a part of the film Ma’ Rosa, was able to land an international role in the soap opera entitled, Saq al Bamboo. The Kuwaiti show is being aired across Middle East.
Celebrity