Mariel Rodriguez: ‘I really don't think that I did anything unlawful’ 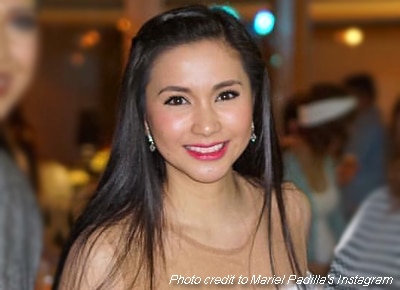 Mariel Rodriguez received flak from the netizens when she posted two photos on Instagram where she was wearing a white shirt with “DU30” printed on it. Many said that she violated COMELEC’s rules but the TV host explained on Instagram she said she didn’t do ‘anything unlawful.’
Mariel posted COMELEC’s dos and don’ts on Instagram and in the caption she enumerated why she didn’t violate anything.
“Honestly, I really don't think that I did anything unlawful. I have reviewed the reminders of the voting rules.
“1. I did not take photos inside the precinct because the COMELEC in charge told me it was not allowed. Photo was taken in my personal car and outside the precinct where volunteers took photos with me as well so I thought I didn't disobey any rule.
“2. No one has seen my ballot.
“3. I am aware that you are not allowed to wear a shirt that states the NAME of your candidate or his/her face. DU30 is not his name,” Mariel explained.
In the end, the TV host-actress apologized to those who were offended by her previous posts, which she already deleted.
“If I have offended anyone I humbly ask for your forgiveness but it was never my intention to break the rules. Thank you for your understanding,” Mariel stated.
Instastalker: More celebrities exercise their right to vote
Celebrity